Engineers have a reputation for working in silos. But this Chicago engineer loves to solve client problems through collaboration.

Carol Drucker's love of her hometown's bridges led to a career in structural engineering. 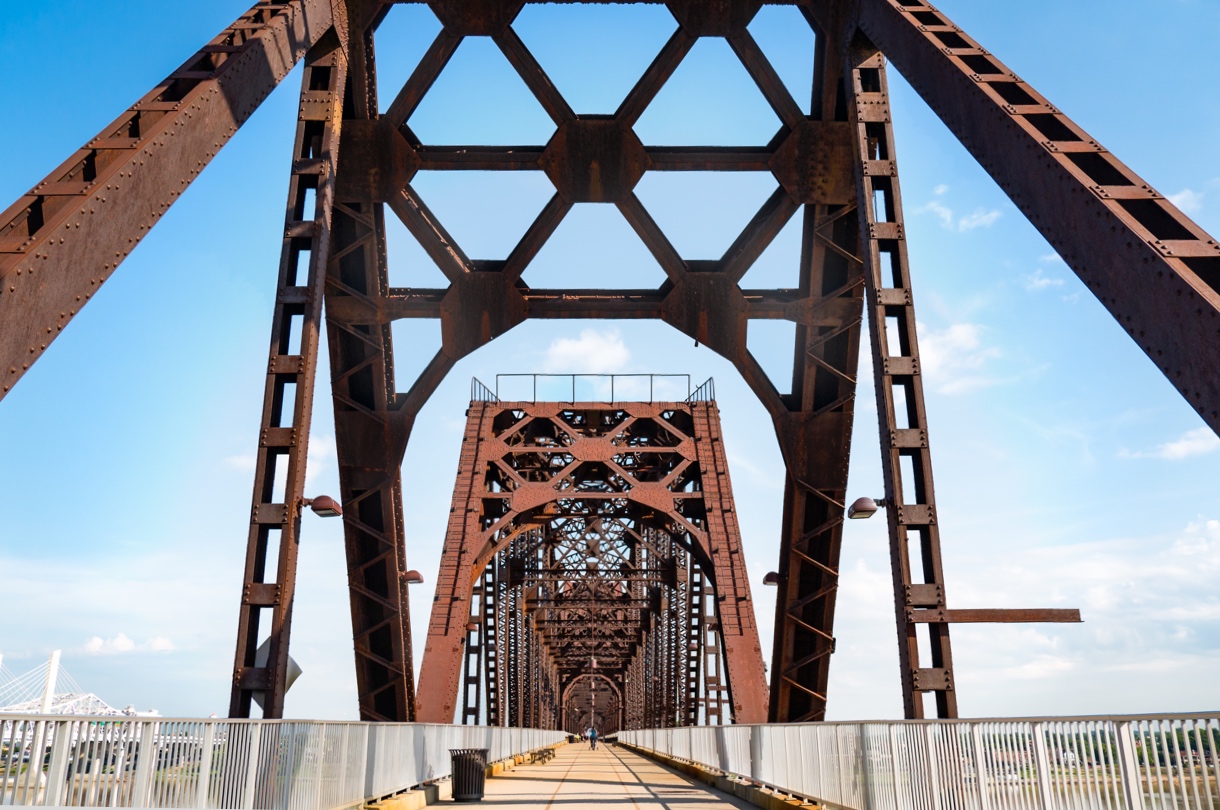 Four bridges span the Ohio River from Louisville, Kentucky, into Indiana, and Carol Drucker loved them throughout her childhood. Her fascination with bridges led to a desire to design them herself, sparking her interest in civil engineering.

“When I was a child and looked at a bridge, I’d think, ‘Wow, I wonder how they designed that,’ and now I look at it and think, ‘Wow, I hope that was designed right.’ It’s a whole new perspective,” she says.

Drucker, lead principal structural engineer at Drucker Zajdel Structural Engineers in Chicago, hasn’t built a large bridge (yet), but she bridges the gap between her clients’ problems and solutions every day. “I love solving my clients’ challenges,” she says. “It’s very rewarding and usually a team effort.”

No engineer is an island

During one of her projects, she ran into an issue with heavy trusses that the erector couldn’t lift with the crane.

“It was a team effort to get in there, reconfigure the trusses, redesign the connections, and figure out how to make the trusses lighter so the crane could lift it,” she says. “Then, we had to continually monitor what the weight was, redesign again, get the weight of the steel and try to optimize. It was a good collaboration exercise because we needed the fabricator’s and erector’s input. Then we had to go back and calculate the difference in the weight for the redesign.”

It took a team effort when heavy trusses proved too much for a crane to lift. “We had to go back and calculate the difference in the weight,” says Drucker.

Drucker’s collaborative style rebuffs the perception that engineers work alone, hyperfocused, holed away with their numbers.

“I’m also good at number-crunching in my corner, don’t get me wrong,” she laughs, “but you collaborate, gather the information, gather the input, then do all your focused engineering. And then you come back out.”

Her focused engineering time means she’s looking at the detailing standards of the fabricator and figuring out “what’s good for their shop. It’s also nice when we are working with architects and designing the structure. It’s a collaboration the whole way through.”

Drucker had learned about steel’s versatility while collaborating with fabricators, erectors, and detailers.

Avoiding costly changes:
having the right steel at the ready

Carol Drucker's next challenge: Working to address the increasingly faster pace of the industry and the need for cost-effective structures. 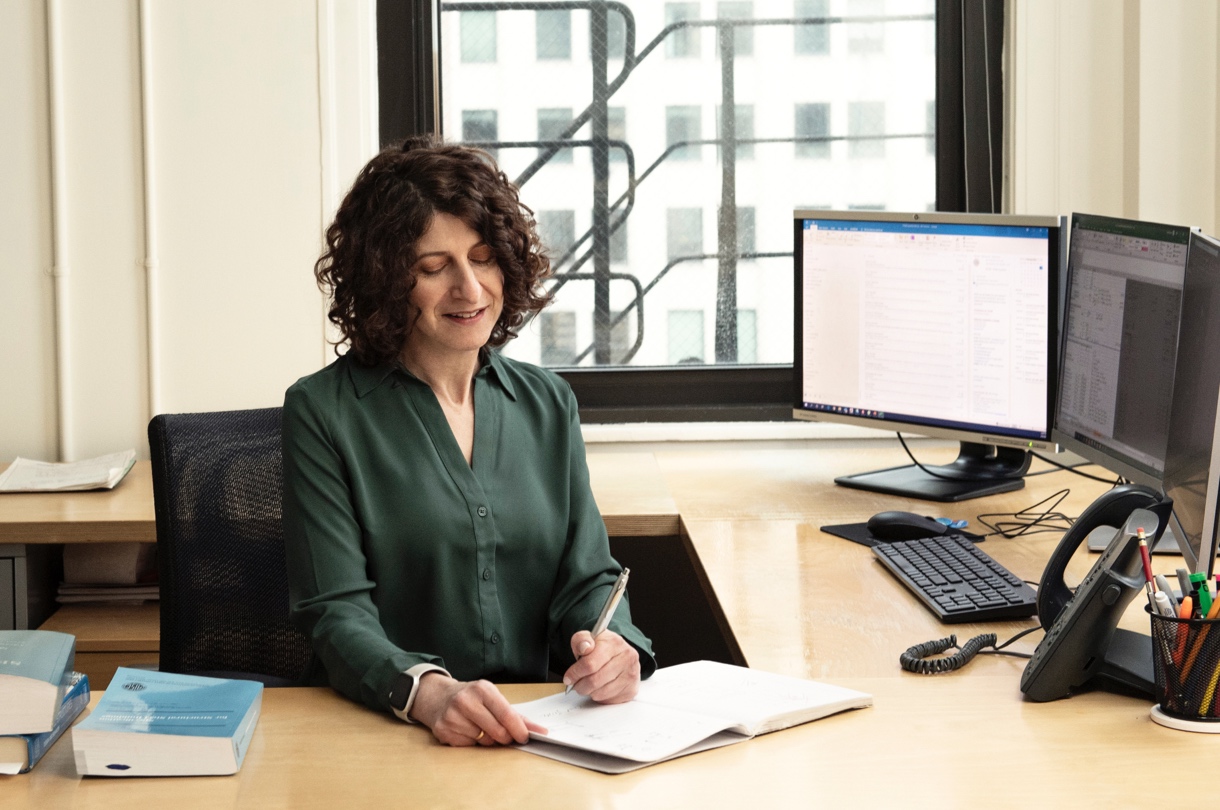 Drucker has become an expert on steel from years of working with fabricators, erectors, and detailers. 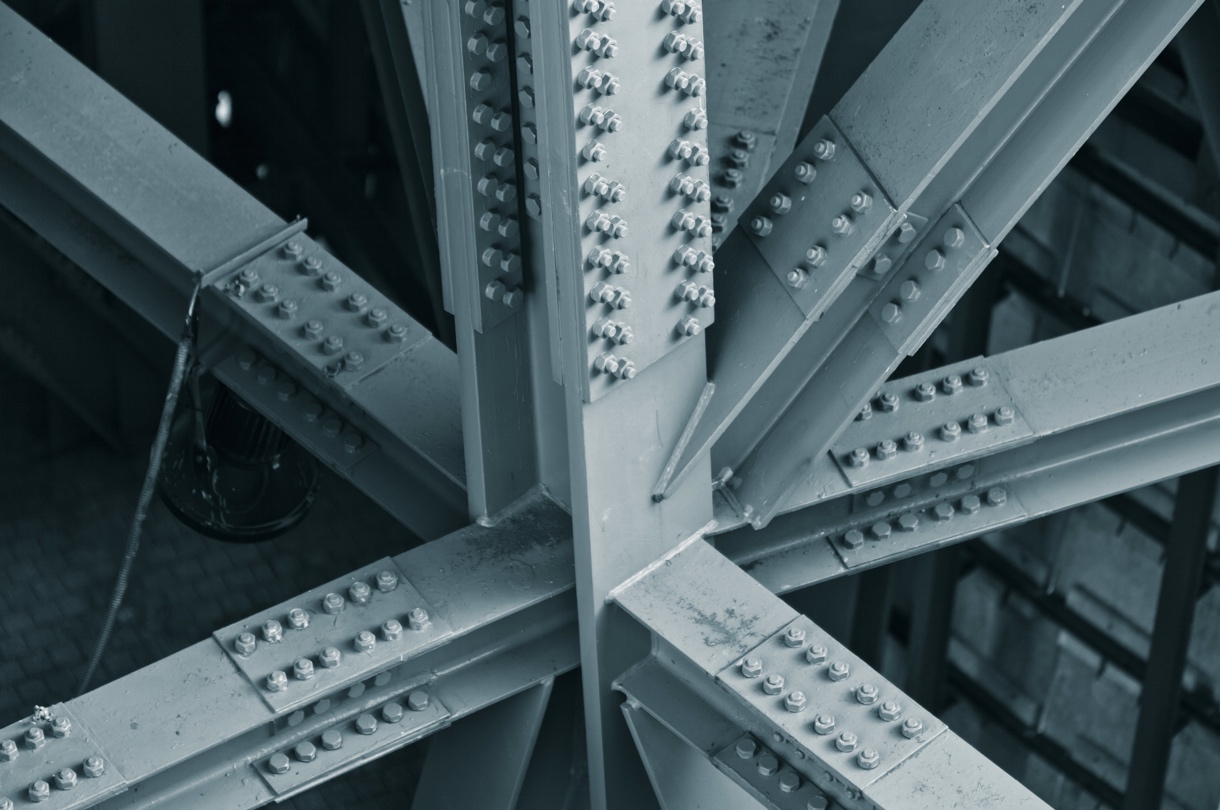 During her years of collaborating on connection design, she’s become incredibly knowledgeable about steel and its role in collaborative work. “I learned from working with fabricators, erectors, and detailers who’ve been detailing for decades,” she says.

She says one of the most important ways engineers and steel companies can collaborate is to make sure member sizes are readily available. “I’d hate to design a whole project and have to circle back when the drawings are ready to be issued,” she says. “Changes are expensive; you want to avoid them if at all possible.”

Her experience on the connection side has included working with Aeos™.

Drucker’s collaborative style also bridges generations. One of her passions is mentoring younger engineers. Early in her career, she was influenced by what she learned from more seasoned engineers; this inspired her to share her knowledge as well. Among her words of wisdom? “Good advice for young engineers is to think about constructability. Think about the cost to build it. It’s always a trade-off: robustness versus costs. Really think about how to avoid overpricing the structure.”

Drucker says she, in turn, has learned a lot from the engineers she mentors—she sees the future of engineering moving faster. “Even in my career span, we used to mail and bike messenger. Then we faxed. Now we’re emailing and uploading just about everything. The speed of communication has changed drastically. That’s where our industry’s going; we need to address aggressive schedules and the need for speed, but also cost-effective structures.”

And solving for that issue is the next bridge she hopes to cross. Collaboratively, of course.

As your strategic partner, it’s our mission to keep you informed of the latest innovations, design trends, and market analytics. We stay at the forefront of the industry, so we can proactively bring you new opportunities for your business and individual projects to drive progress and growth together.

Inspiring Space and the
People Within It

Inspiring Space and the
People Within It

Construction Solutions is a nationwide team that is a proactive resource, leveraging Nucor’s unique position in the supply chain and our vast experience to assist you at every stage of the design and construction process.

To connect to Nucor Construction Solutions and the wealth of expertise across the entire Nucor enterprise, reach out below today.